LEVA S.p.a. was founded in the 50s in Turin, and since its origin, it has focused its activities in the use of leather, vinyl and fabric for various sectors.
In the 80s, with the supply of many cut&sew parts for Lancia, LEVA has started to be an important supplier for the automotive industry.
At the end of the 90ʼs a change in ownership, with the introduction of new capital, has allowed LEVA to explore new business sectors and acquire new important customers.
Since year 2000, LEVA implemented its family of products thanks to the purchase of new modern machineries and the use of H.F. and U.S. welding.
In 2012 the moving was completed in a new large area of 7000 square meters. The new buildings are fully efficient from the energy point of view, thanks to a modern photovoltaic plant for the production of electrical energy. In these new areas there are H.F. welding machinery and a quality laboratory.
In the same year the acquisition of a leading production company in Tunisia (North of Africa, low cost country) has completed the verticalisation, allowing the company to produce injected molded parts, assembled to items already produced internally.
In the facility located near Tunis, there are 10 injection molding presses (up to 400 tons), 1 automatic cutter and 4 large die-cutting, 4 H.F. welding for sunvisors.
Moreover during the year 2012, the activity of adhesivization and cut&sew of parts for car and trucks interiors have been implemented in a new specific plant in Trana (Turin).

Leva S.p.a., the growth in the world 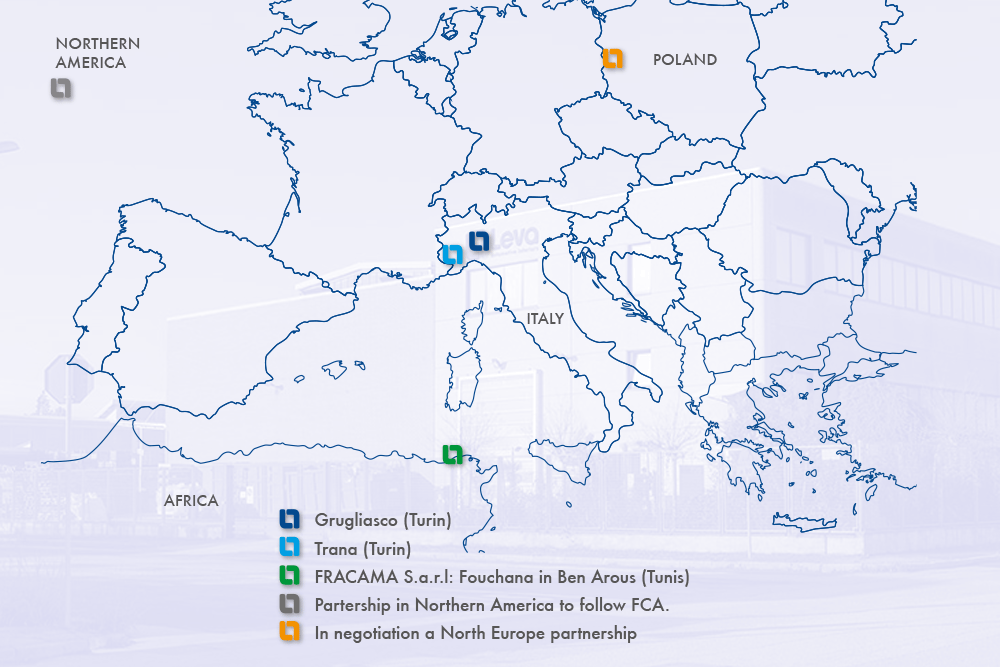